On August 3, 1958, the nuclear-powered submarine Nautilus became the first vessel to cross the North Pole underwater. Discover what you never knew about this impressive submarine that played an essential role during World War II.

USS Nautilus Was the First American Submarine That Was Nuclear-Powered

The USS Nautilus is 219-feet long and 27.5-feet wide, which is considerably larger than the older diesel-powered submarines. Image credit: WikiCommons Barely nine years following the nuclear test held at Alamogordo, New Mexico, The USS Nautilus was placed into service. Because the range of a submarine that was nuclear-powered would be almost unlimited, faster and operate much better than those with diesel engines, it seemed a logical direction for the military to go. This was the case with the Nautilus, which had a top speed of 23 knots and used a reactor that could generate a maximum of 13,400 horsepower.

The Submarine Broke Speed and Distance Records Right Away 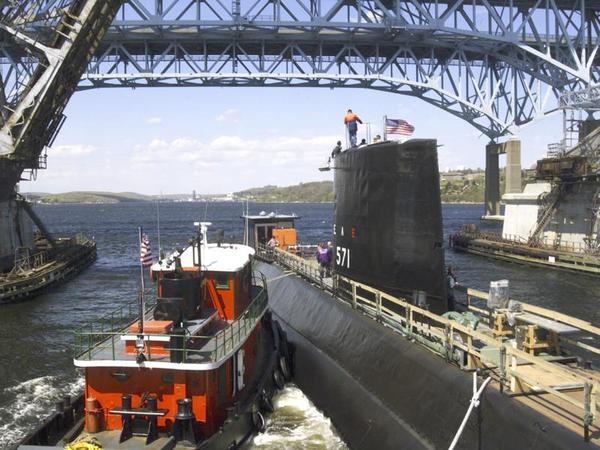 USS Nautilus was capable of staying underwater for up to four months at a time. Image credit: WikiCommons The Nautilus was commissioned for service on September 30, 1954, and it finally took to sea on January 17, 1955. From the start, it broke speed and distance records, which included traveling at a speed of 15 knots from New London, Connecticut, south to Puerto Rico in 90 hours — a distance of 1,381 miles.

Operation Sunshine Almost Didn’t Happen Operation Sunshine was the name given to the voyage the Nautilus made to reach the North Pole. However, it was almost undone by a leak in a condenser in the engine room. Ingenuity saved the trip when the commander ordered the sub to berth at Seattle, and sent crew members to buy up as much “Bar’s Leak” as they could find, which was a product used to patch leaking car radiators. The crew members ended up bringing back 140 bottles of the liquid patch, and about half of them were used to fix the condenser leak, enabling the submarine to continue its historic trip.

The Nuclear-Powered Submarine Is an Historic Landmark After 25 years in service and having traveled nearly half a million miles, on March 3, 1980, the Nautilus was finally decommissioned. In 1982, it was designated as a National Historic Landmark. It can be seen in Groton, Connecticut, as an exhibit in the Submarine Force Museum.